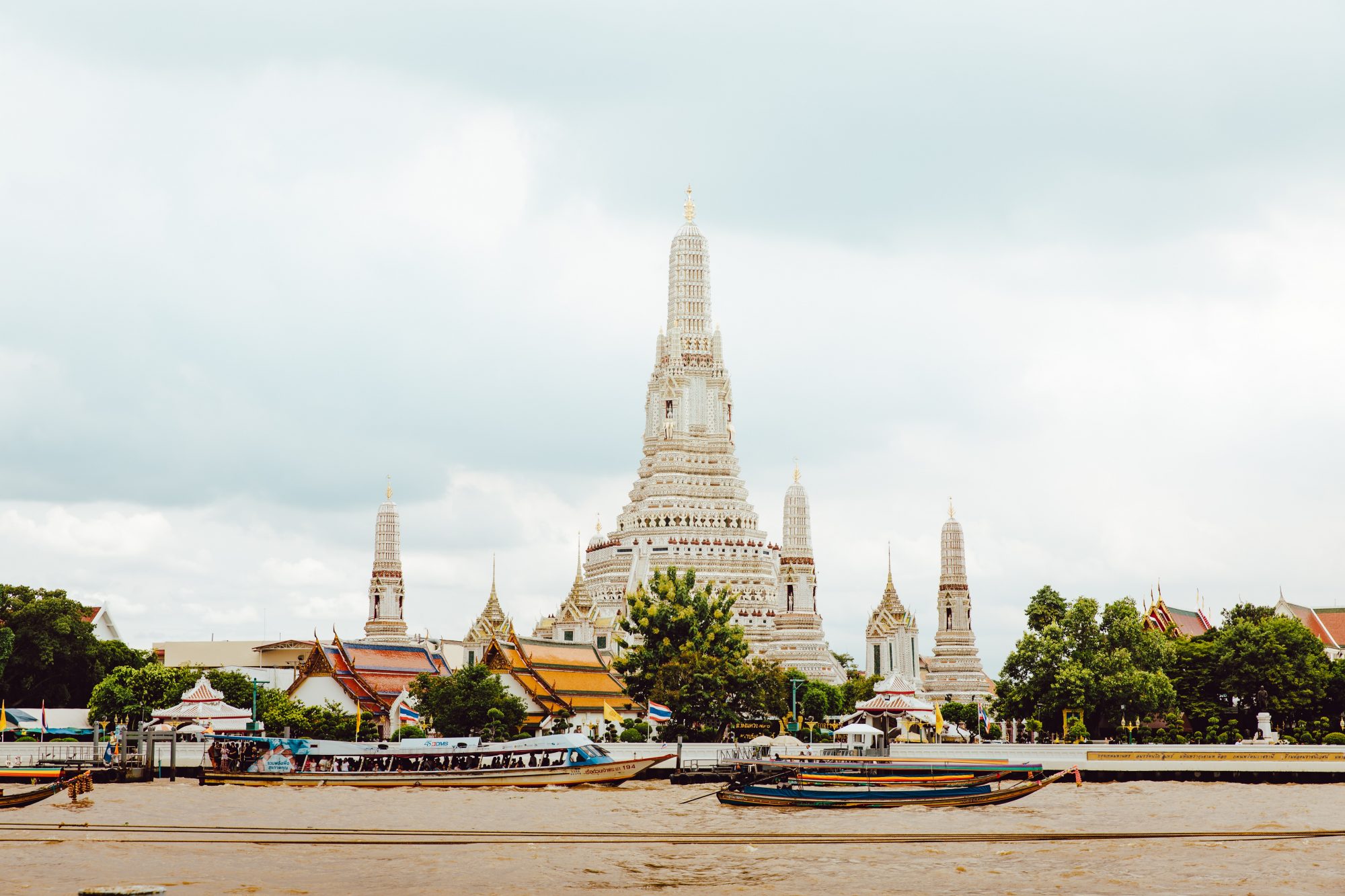 Boats are a great way to get around the famous Riverside area with its many historical attractions, temples and architecture, and also to explore the ‘klongs’ (canals) for a glimpse of Bangkok from yesteryear. Several kinds of boats (express boats, river taxis and tail-boats) run up and down the Chao Phraya River, connecting with the local suburbs on the Thonburi side and along the river, while ferries can be used to cross the river at various points.

There are different types of boats offering different services, and some of the express boats only stop at the main piers. If you simply want to cross the river, there are ferries which cost 3 baht, available at several boat landings. River taxis operate up and down the river and cost from around 10 baht, depending on the length of the journey. The Chao Phraya Express Boat Company has many boat lines but the tourist boat is probably your best option: it stops wherever you request and provides access to attractions like Wat Arun (the Temple of Dawn) the Grand Palace, Wat Po and the Royal Barge Museum. Great value, considering that it includes a guide! The Sathorn Pier can be reached easily as it is located directly in front of Saphan Taksin BTS Skytrain Station. Get the rundown of all the different types of boats and ferries in Bangkok below…

Long Tail Boats are available for private hire for a more personalized and fun journey along the Chao Phraya River and around the klongs (canals) on the Thonburi side of the side of the city. Sathorn Central Pier has a large gathering of private hire long tail boats, although the drivers hang around all of the major piers including Tha Chang Pier near The Grand Palace and River City Shopping Complex Pier. There is no set price for a trip on a long tail with many people tailoring a journey to their needs and negotiating for a price based on time or distance.

Due to the lack of clear pricing many people are put off from taking a long tail boat, but if you reserve your journey you can save yourself the hassle. Book a half day long tail boat klong tour here. A small number of con artists posing as long tail boat drivers became infamous in Bangkok for approaching unsuspecting tourists and offering them a lovely half day tour at a drastically reduced rate. The journey turned out to be a quick up and down the river before the tourists were held to ransom and told to pay an inflated fee if they wanted to get back to dry land. Although rare, be careful when approached and offered a tour, especially if they speak excellent English. Again, if you book a tour you can save yourself time and stress.

These large, loud, spluttering boats can be found chugging up and down Bangkok’s largest canals (referred to as ‘klongs’ in Thai), the largest of which is the Saen Seab Canal which dissects Bangkok, from the Old City in the west to Ramkamheng in the far east of the city.

Canal taxi boats have exclusive use of this large artery of water so traffic is never a problem but the frequency of boats change throughout the day, generally ranging from 5-20 minutes between boats. One journey costs between 9 baht and 19 baht depending on distance. Find out all about canal boats in Bangkok and the Saen Seab Canal here.   In the early morning and late afternoon these canal boats are a vital transport link for office workers travelling from downtown Bangkok to the eastern suburbs. Seating becomes scarce around these times but it also offers a intriguing glimpse into the lives of day-to-day life in the urban jungle.

The most romantic way to experience Bangkok from the water is to opt for a dinner cruise. Following roughly the same route, typically starting from River City Shopping Complex and sailing upstream past Bangkok’s most iconic sites, such as The Grand Palace, Wat Arun and Santa Cruz Church, there are boats operating every night of the week from around 19:00. There is a multitude of companies offering different types of experiences: some companies offer a large buffet dinner with live shows, cover bands and discos upon cruise ships (Chao Phraya, Grand Pearl), while others are more subdued and sophisticated with a six course meal by candlelight on an antique converted barge (Apsara, Manohra). Either way, this is a very popular activity for visitors to Bangkok and the best way to capture the majesty of Bangkok Riverside by night.